A biofuel is a fuel produced through contemporary processes from biomass, rather than a fuel produced by the very slow geological processes involved in the formation of fossil fuels, such as oil. Biofuels can be produced from plants, or from certain agricultural, commercial, domestic, and/or industrial wastes.

The two most common types of biofuel in use today are biodiesel and ethanol. Other types include biogas, syngas, green diesel, unmodified vegetable oil, bioethers, and other bioalcohols.

Produced from a variety of renewable resources, biodiesel is one of the most sustainable fuels on the planet. Biodiesel is made by combining alcohol (usually methanol) with inedible vegetable oils (such as soybean oil), animal fat, or recycled cooking greases. In fact, several biodiesel companies simply collect used restaurant cooking oil and convert it into biodiesel. Biodiesel can be used as a fuel for vehicles in its pure form (B100), but it is usually used as a diesel additive to reduce vehicle emissions (typically 20 percent).

Biodiesel is produced in a chemical process called transesterification. Methanol is reacted with the fat or vegetable oil feedstock to create glycerin in biodiesel. The glycerin is used to make soaps and other household products. The remaining, purified methyl esters are the biodiesel.

Bioheat® Fuel is the heating oil industry’s official registered name for the fuel blend of ultra-low sulfur heating oil (ULSHO) with renewable biodiesel. In order for a fuel to be called Bioheat® fuel, it can only be made with American Society of Testing and Materials (ASTM) D6751-grade biodiesel. The blend is a clean-burning fuel used to heat homes with benefits to system performance, human health, energy security, and global climate change.

A more eco-friendly alternative to both traditional heating oil and natural gas heat (at blends of 12 percent biodiesel and beyond), Bioheat can be used in existing heating oil systems with no modifications, and is available in three tiers based on how much biodiesel is blended into the ULSHO base stock.

The word biomass denotes the biological raw material a biofuel is made of, or some form of thermally/chemically altered solid end product (for example, wood pellets or briquettes). If the biomass used in the production of biofuel can regrow quickly, the fuel is generally considered to be a form of renewable energy.

Signed by Governor Andrew Cuomo of New York in July 2019, the Climate Leadership and Community Protection Act (CLCPA) requires that New York State reduce statewide greenhouse gas (GHG) emissions by 85 percent by the year 2050 and offset the remaining 15 percent of GHG emissions with carbon-capturing measures by 2050.

In addition, the CLCPA mandates that 70 percent of the state’s electric generation be produced by renewable energy systems by 2030 and all of the state’s electric generation be net-zero carbon emissions by 2040. The goal is to attain a net-zero greenhouse gas emission level in all energy sectors by 2050. New York State is the most progressive in the nation leading the way to Net-Zero 2050.

The Net-Zero 2050 goal was set forth by the Climate Leadership and Community Protection Act (CLCPA) to attain a net-zero greenhouse gas emission level in all energy sectors by 2050.

Have a question? Check out our Bioheat FAQs! 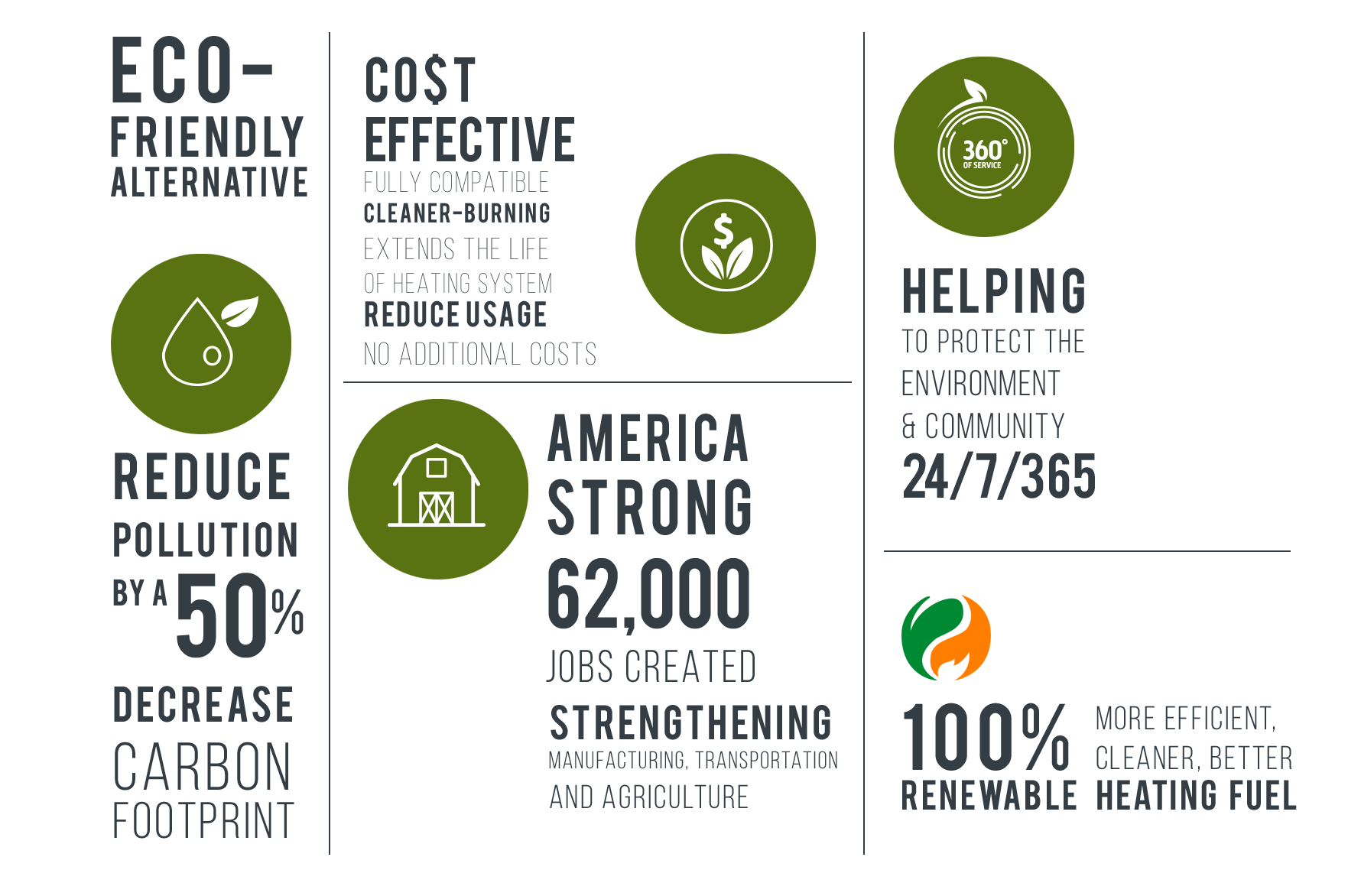 Find out why Bioheat is the best heating fuel option.